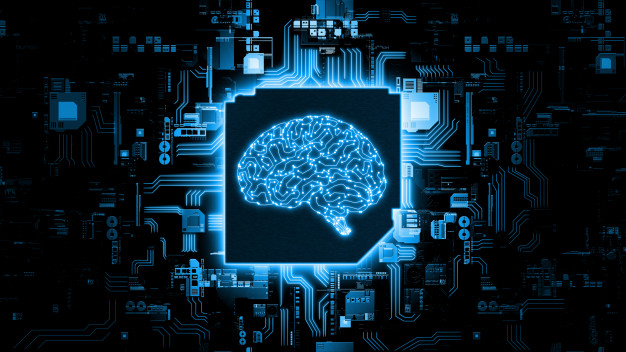 Artificial Intelligence (AI), once the specter of Computer Science labs, is finding true physical form today. Thanks to the likes of Siri, Alexa, and “Hey Google,” Natural Language Processing has become a valuable assistant in our daily lives. AI also opens the door to new patient insights, inventory reductions, and fraud mitigation. The advent of quick, cheap, dense compute along with ubiquitous, large-scale storage create the perfect conditions. The invention of a new scientific discipline known as modern data science brings purpose and clarity to these technological advances. Modern data science has transformed to fit the native runtime architectures like a lock and proverbial key. While the fundamentals of scientifically analyzing data have not changed, it has transformed into a discipline that models and implements modern solutions for AI problems that were tremendously complex prior to the mid 1980s. As a result, anyone who wishes to be an effective AI practitioner today can achieve solid capabilities through data science.

Data Science Evolves into the Future

Past: Data? Science? What?

Once upon a time, there was scattered data on office shelves and corporate databases. Science was found in physics, chemistry, mathematics, and biology academic departments. The research team was focused on their isolated line of scientific interest. A “scientist” visualized a novel progressive idea, gathered existing information from previous experiments, and proposed a model for its implementation. Upon a committee’s approval, throughout this slow one-person show, she organized the data, cleansed it, perhaps modeled it in a mathematically defined system and started producing results. There was seldom a computer involved in processing that data. The invisible relationship between the “data” and the “science” that leveraged its value was implicit in the scientist’s mind. And the show went on: progress was made with nearly no automation.

Present: A Star is Reborn

In order to deliver Artificial Intelligence solutions today, a data scientist must have in-depth knowledge in multiple data skill sets such as Computer Science, Calculus & Statistics, Coding (Python or R), Data Wrangling, Machine Learning, Data Visualization, Communication Skills, and Business Domains. By creating an inference schema utilizing these skills, we can visualize a brand new scientific super-space. This modern analytics paradigm contains all the enablement aspects of the basic data skill sets and produces a single discipline known to us today as “Data Science.”  However, mastering these skills in order to become a data scientist is challenging. Automation of scientific tasks not only simplifies the overall implementation pipeline, but also contributes to improving the solution’s accuracy. Existing Data Science automation tools such as DataRobot, Noodle.ai and advancements in open source ML tools present tedious hurdles that must be overcome. A data scientist who achieves this can turn these knobs and eventually land on a concrete performing model. To have direct access to an algorithm’s granular knobs, data scientists prefer to code implementation details and leverage optimized available frameworks to build, validate and test a model. This is the emerging modern trend.

For decades, some in the scientific community have dreamed of eliminating the need to place “Artificial” next to “Intelligence.” The intent has been to replace the stochastical optimization processes of statistical ML models mentioned above with biological mechanisms that the living organisms develop genetically. This is called Evolutionary Learning, and an artifact of this is referred to as Evolutionary Intelligence. The two approaches differ in terms of programmability versus adaptability. Modern data science, described above, is a “programmable” approach. An adaptable organism references its genetic pool as a database, mutates a genes row replica and materializes a customized genetic row used in development of new cells while growing physical organelles. This is evolution’s natural selection and mutation process.

We have not even come close to replicating this in a lab. Critically, we lack the technology to manufacture synthetic material that mimics human brain tissues’ molecular structure operating at exaFlops equivalent (10^18 operations per-second). The moment we achieve this, human-like brains will be exposed to environmental changes (in-progress training data) in an ecosystem and start learning on their own.  We can then claim that adaptable human-brain-like “object recognizer” machines have been built which function completely opposite to the existing Silicon based “number crunchers” known as modern computers. They will self-assemble to learn from our living environments and naturally adapt to the changes in a developing evolutionary training process.

Choosing the right AI solutions can be daunting, so we’ve created an ecosystem of resources to help customers on their journey. Find more information here, and if you’re ready to get started, contact our Emerging Tech team.